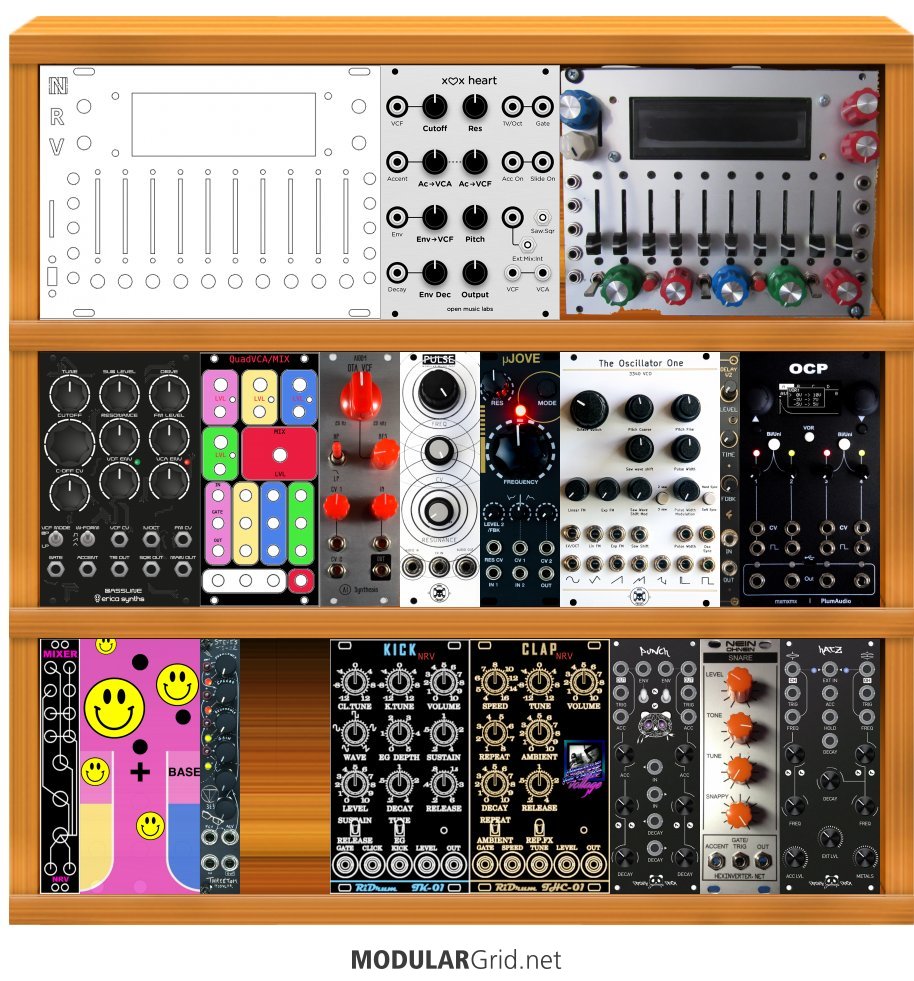 The Benjolin is a standalone synthesizer designed by Rob Hordijk from the Netherlands. It contains two oscillators (one LFO and one VCO), a voltage controlled filter and a circuit called a “Rungler”, which allows chaotic cross-modulation possibilities between the different parts of the circuit. Hordijk refers to the Benjolin as a circuit which has been “bent by design.” (Source : macumbista).

The Benjolin was my first ever DIY synthesizer and I made one first but the filter was not functional so I made another. Then I wanted to include it in my Eurorack system so I made a pannel for them and the result is this module. A usefull link when doing eurorack system is the Dopefer contruction details page. Wood is 8mm thick plywood but it is a bit too thin so prefer a 10mm or higher for thikness.

It is better to take an exterior plywood for durability.

This synth is a Google open source project (NsynthSuper repo).

You can find populated and unpopulated PCBs here at Tindie. Nava Extra9 High-end. The case is from EricaSynth The module is constructed around the CB55 PCB from circuitbenders.co.uk Be carefull, this is the top view, with components !

This very basic VCA based on v2164 from coolAudio do the job ! Be carefull, this is the top view, with components !